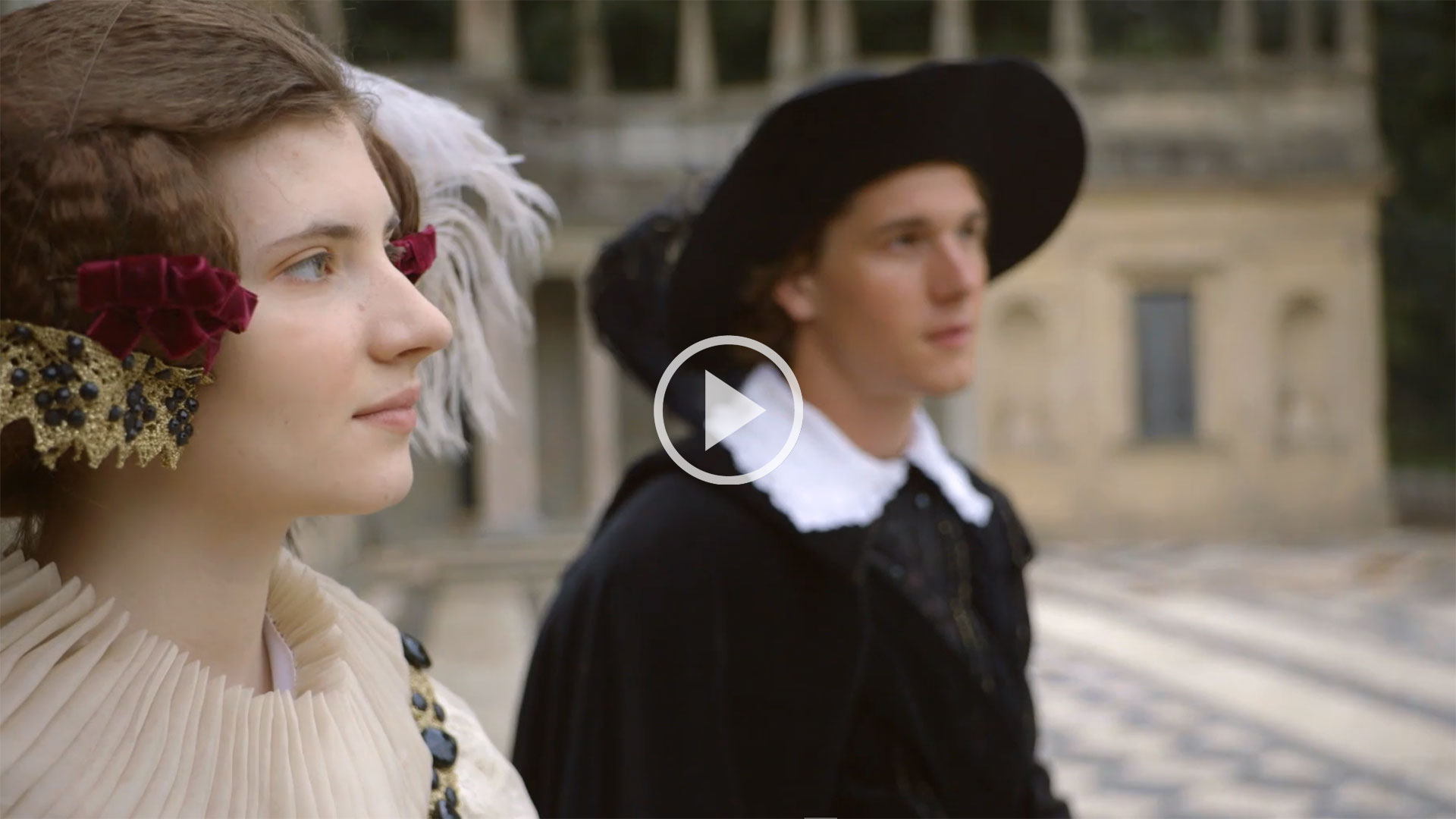 During the 15th century, Italian villas witnessed an incredible transformation, going from fortified country houses to places of entertainment and leisure, and in the process, experiencing deep remodeling during this transition. Used to entertain guests and as a retreat from the noise and confusion of the streets and piazzas, these villas often featured gardens emulating those of ancient Rome, adorned with an array of statuary.

One exquisite example of such villas is Villa Visconti Borromeo Litta in Lainate (Milan, Italy). Designed and built by Pirro I Visconti Borromeo between 1585 and 1589, Villa Litta comes back to life today thanks to the documentary produced by Francesco Vitali, the Association of Friends of Villa Litta of Lainate ONLUS and the Municipality of Lainate, in collaboration with the Poldi Pezzoli Museum of Milan, the Louvre Museum of Paris, the Hermitage Museum of St. Petersburg and the National Gallery of Arts in Washington DC.

For this program, excerpts from the documentary will be screened with a presentation by Director Vitali and Dr. Allison Luchs, Curator of Early European Sculpture at the National Gallery of Art, who will illustrate the tradition of sculpture gardens in Renaissance Italy and two masterpieces from Villa Litta now part of the NGA’s collection.

To enhance the audience’s appreciation of this newly released documentary, the screening will be accompanied by a concert featuring some music by the composers who enjoyed the patronage of the Villa’s residents during the 16th-18th centuries.

The musical program will begin with a Sinfonia and some florid arias from the 1589 collection of six Intermedii titled La Pellegrina, written to celebrate the marriage of Ferdinando de’ Medici and Christine of Lorraine. Then it will continue with some dance pieces from Le Gratie d’Amore (1592) by Cesare Negri, played on renaissance lute, renaissance violin, viol and harpsichord. A selection from Francesco Cavalli’s wildly popular opera Il Giasone (1649) will also be presented followed by an Allegro Tempo di Minuettoby Johann Christian Bach from the mid-18th century.

Our performers are some of the most talented early musicians in the Washington-Baltimore area, directed by Tina Chancey of Hesperus. Mezzo-soprano Kristen Dubanion-Smith and tenor Rob Petillo will be joined by William Simms, theorbo and renaissance lute, Elizabeth Field, baroque violin, Paula Maust, harpsichord, and Dr. Chancey, renaissance violin and viola da gamba.